Monte Castelo is an independent research center on policy and legislation focused on the defense of life, liberty, responsibility, and subsidiarity.

We are based in Brasília, Brazil’s capital city.

Instituto Monte Castelo was named after the most important battle Brazilian troops took part in during Second World War. The heroic conquest of Monte Castelo, a strategic mount in Italy that had been under Nazi control, reminds us the Brazilian people is capable of doing great things in the fight for freedom.

The current political and economic crises in Brazil have one solution: liberty. The high concentration of power at the federal level – that imposes the minimum wage, controls most of the large universities, manages a centralized healthcare system and is responsible for all penal laws – makes it urgent to bring autonomy back to the citizens, then to local and state level authorities.

But, maybe in a greater measure, the idea of personal responsibility is just as crucial in Brazil since anywhere we look, obeying the law is often seen as meaningless, and transferring power to the government is often seen as the first option to solve a problem.

Most importantly: in a country where 100,000 people die every year because of crime and traffic accidents, and where the Judiciary often tries to impose abortion against the law and the will of the people, protecting life should be a priority. There can be no liberty and responsibility without life.

Monte Castelo investigates the key issues of our time and reaches out to lawmakers and policymakers to show them Brazil needs to move in another direction.

You can also see our profile at the Open Think Tanks Directory. 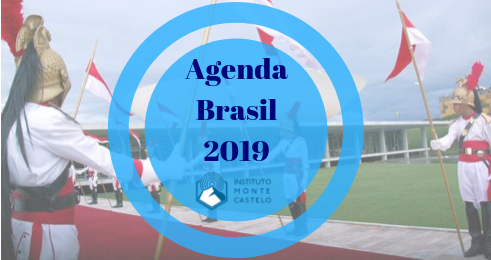